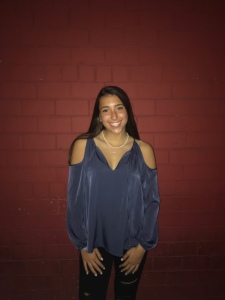 Montgomery Lake High #2: When Darkness Tries to Hide by Stacy A. Padula is a fantastic read for teens who are experiencing any type of obstacle. Specifically, those who are struggling with a tragedy, and are resorting to drugs or other violent tendencies. Many children struggle with challenges such as sick family or friends, death, or divorce. This novel describes how it is possible to see the light in even the most dreadful of situations and turn them into a positive experience. It also emphasizes the importance of not getting caught up in the negatives of something, and focusing on the positives.

It is also a great influence for teens who are struggling with drug or alcohol abuse. It emphasizes the negative effects and challenges of drug abuse and how it can cause something so destructive as fatal injury to you or someone else. The book also describes the possibility of overcoming drug addiction, and how even people who seem so perfect, such as pastors, can struggle with drug abuse. The book emphasizes the message of positivity and seeing the light in a dark situation. It also emphasizes the importance of being proactive and helping others, as well as being a contributive member to your community. Overall, I highly recommend this book for all teens. It provides great insight on appropriate ways to handle difficult times, and the importance of working together through tough situations. 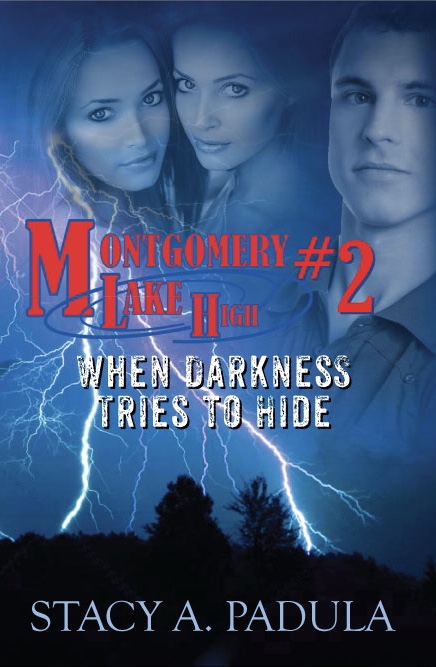 Charlotte Silverman is a senior at Needham High School. At school, her favorite subjects include English, Biology, and Computer Science. Outside of school, she runs indoor and outdoor track, and loves spending time with friends and family. She looks forward to overcoming challenges and exploring new experiences during her senior year.

About When Darkness Tries to Hide

A powerful supercell is spawning above Montgomery Lake High School, while a separate storm is brewing in its halls. The question is–which one should Cathy Kagelli, Jason Davids, and their friends fear the most?

About Stacy A. Padula

Stacy Padula, a native of Pembroke, Massachusetts, has accrued years of experience working with adolescents. She has been a mentor, life coach, youth group leader, and private educational consultant with extensive experience in the fields of college counseling, tutoring, standardized test preparation, and Christian counseling. She is the Founder and President of South Shore College Consulting & Tutoring based in Plymouth, Massachusetts.

Stacy’s first novel, “The Right Person,” was published in 2010. At that time, she was the program director of JBG Educational Group: a company of about thirty educators who work closely with young adults and their families on everything under the academic blanket. She served as JBG’s program director/director of operations for multiple years and helped the founder/president develop many facets of the company, including curriculum. Throughout her time at JBG, she continued working on the Montgomery Lake High book series. Although the series is “young adult fiction,” it is closely based on realistic situations that high school students encounter.

In 2011, “When Darkness Tries to Hide” was published, followed by “The Aftermath” (Padula’s personal favorite) in 2013. In 2014, both “The Battle for Innocence” and “The Forces Within” were released, and in 2015, all five books hit the shelves of Barnes & Noble. For Stacy, it was a dream come true to see her books for sale in the popular, mainstream bookstore.

Stacy wrote the Montgomery Lake High books in the hopes of preparing teens to face the “war zone” that is high school—to help kids deal with the stress and peer pressure, and to encourage them to “steer a straight path, pursue God, and not fall for the false promises of the world.”

In her spare time, Stacy enjoys skiing, going to Bruins games, reading about Psychology, taking her dogs to the beach, and spending time with her family, fiancé, and friends.

Background: Stacy was a Presidential Scholar at Wentworth and on the Dean’s List. She attained tutoring certification in 2009 through The International Tutor Association. Additionally, she was featured in Who’s Who Among American High School Students (2001), Cambridge Who’s Who for Young Professionals (2009), and Marquis Who’s Who in America (2018). She was awarded the Albert Nelson Lifetime Achievement Award in 2018 and the Academic Achievement Award for having the highest GPA in Miss Teen Southern New England (2000). In 2016, Stacy was selected as a featured author for Barnes & Nobles’ Teen Book Festival, where she signed copies of her novels and interacted with young adult readers.