Author Stacy Padula has revamped her Montgomery Lake High young adult book series and released updated 2018 editions of all five of her novels. She believes it is important that each high school generation can relate to her books and that they address the most prevalent teenage issues of today. Padula is currently writing another teen book series, The Shadow’s Grip, which she hopes will hit the shelves of Barnes & Noble in 2019. 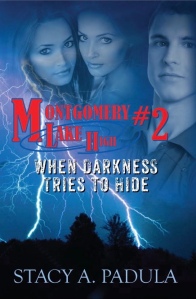 A powerful supercell is spawning above Montgomery Lake High School, while a separate storm is brewing in its halls. The question is–which one should Jason Davids and his friends fear the most?

Jon Anderson and Chantal Kagelli are trying to live moral lives, but temptations are plaguing them in and out of school. Will they continue to be lights in their best friends’ lives or will they get pulled into the darkness?