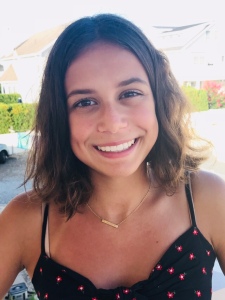 Rebecca Ronning is a junior at Brooklyn Technical High School in Brooklyn, New York. As a city kid, some of her hobbies include riding the subway and exploring the city with friends, making all kinds of art and traveling with her family and experiencing new and exciting things along the way.

Rebecca read “The Forces Within,” a thriller by Stacy Padula, which is the fifth book in the Montgomery Lake High young adult book series. Afterwards, she was asked to answer some questions about the characters and plot in order to give potential readers some background on the novel.

There is a hidden message (or many) woven throughout this book – what do you think one is and why?

I think one of the many messages throughout The Forces Within is that you can’t run from your insecurities; you have to face them, headstrong and fearless. This is particularly expressed when the kids are attempting to discover what exactly is haunting them in the house. The ones who are avoiding the spirit end up being the most hurt because of their reluctance to face the danger. It is important to remember that the only way to conquer something that is hindering you is to persevere.

How is the topic of spiritual warfare covered in this story?

What parallels do you see between everything that happened at Fallen Lake and Andy’s life in Montgomery?

One parallel that I see between Andy’s life in Montgomery and the happenings at Fallen Lake is the way in which he has witnessed many people change, for better or for worse. For example, after he came out of his coma, he saw a new light in Jason who had made a spiritual change, while at Fallen Lake he saw a darker side in everybody, brought out by the spirit in the house itself. 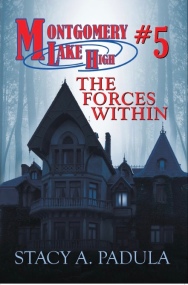