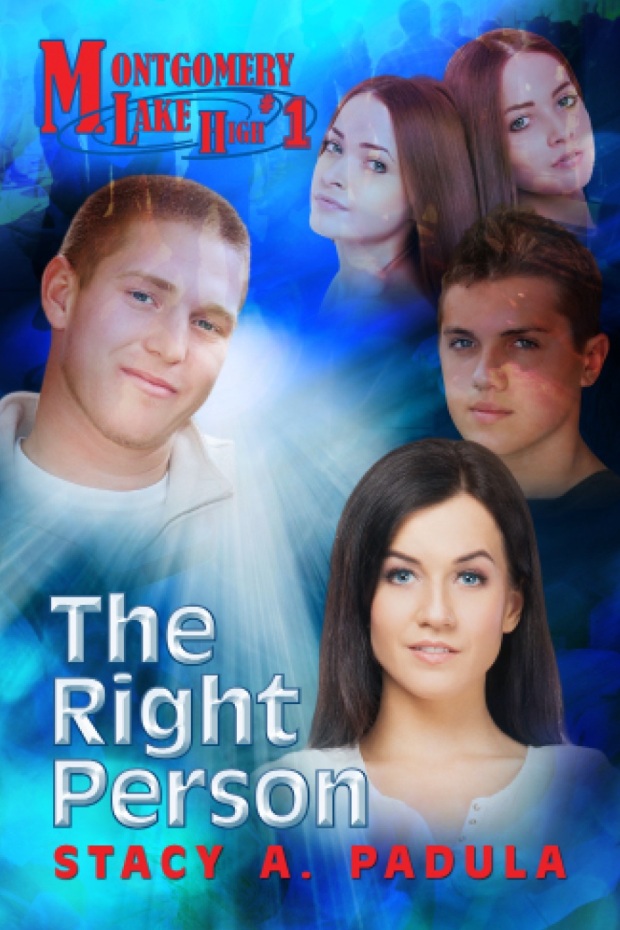 Montgomery Lake High #1: The Right Person will be released this February with an updated front and back cover. The front cover will feature characters Chris Dunkin, Courtney Angeletti, Bryan Sartelli, Chantal Kagelli, and Cathy Kagelli. The back cover will feature Stacy Padula’s updated biography, as well as the QR code to direct readers to this site. The cover will utilize the blue/red color scheme of the other books in the series and hint at the theme of dark vs. light.

Daily, teenagers enter into the war between being true to themselves and fitting in with their peers. One such troubled teen is Chris Dunkin, who has been a substance abuser since age twelve. Now fifteen, he is drinking alcohol more often and using heavy drugs to keep himself high. His grades, relationships, and dream of becoming a professional football player are quickly slipping through his fingers. Starved for strength and willpower, Chris knows that he is in over his head. One evening, a ray of hope shines into his dark world in an unexpected form. Fed with the food of encouragement, Chris sets out on a quest to find the true meaning of freedom.

This story of teenage acceptance and the battle over moral convictions will hit home with many teens looking for answers.