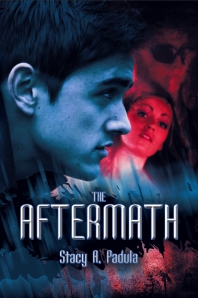 On sale today at Barnes & Noble and Amazon.com

The Aftermath follows Jason Davids’ journey of self-discovery, as he tries to overcome a destructive lifestyle. Jason, a high school freshman, has been caught up in drug use for the past two years. After a natural disaster strikes his town and lands one of his classmates in a coma, Jason feels responsible for the tragedy, attributing the magnitude of the accident to his own drug problem. As he tries to navigate through his mixed emotions, struggle with faith, and the influences of his older brothers and peers, Jason finds himself entangled in an enigmatic situation with a mysterious girl from his school. She appears to hold the secret to the freedom that Jason so desperately desires. As a series of unexpected events entwine their paths, Jason begins seeing his life from a new perspective.

The Aftermath, a redemption story, encourages teenagers to be true to their moral convictions, even when that entails swimming against the current.

Stacy A. Padula, a native of Pembroke, Massachusetts, is the director of operations at JBG Educational Group, a company that works closely with young adults and their families on everything under the academic blanket. She mentors her students and guides them through not only academic, but also social and emotional hardships. She wrote The Aftermath in the hopes of helping teens triumph over the “war zone” that is high school. She is also the author of the Montgomery Lake High book series, which addresses social issues such as bullying, substance abuse, faith, and self-acceptance. Available at Barnes & Noble and Amazon.com

Read more about “The Aftermath” at Barnes & Noble and Amazon.com